Will The Newspaper Disappear? 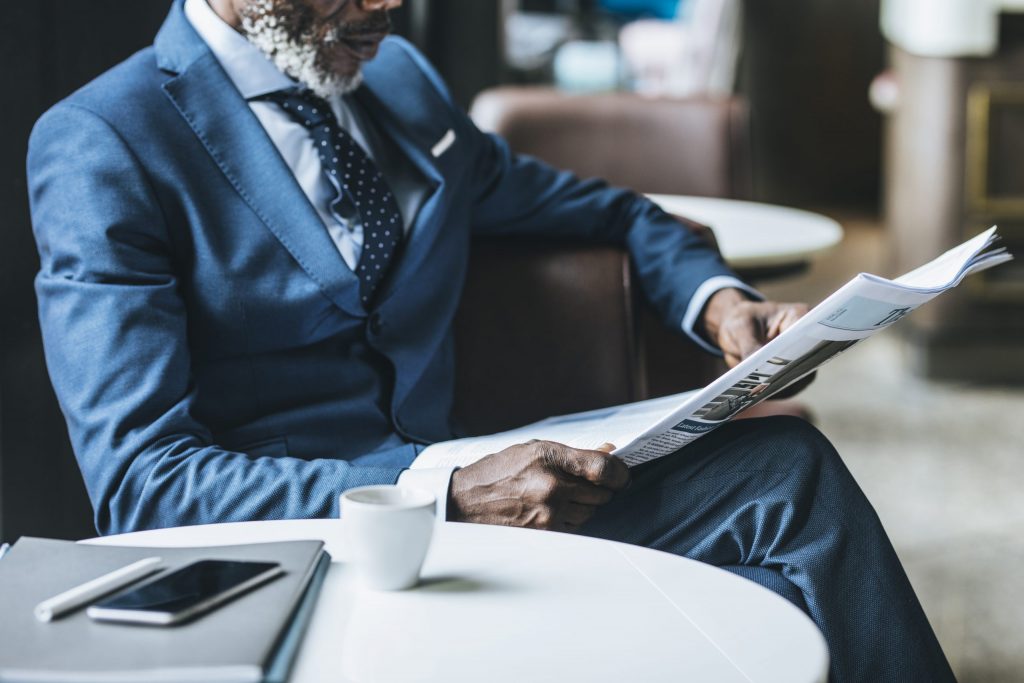 Will the newspaper disappear? The birth and rapid growth of radio, and later television, in the mid-20th century began the process of erosion of newspaper circulation. Quite simply, people no longer depended on them as their sole source of news. Television news, which could speedily capture and convey breaking news, gradually became dominant. This became all the more marked with the advent of 24-hour rolling news. Concurrently, TV also took an ever-increasing slice of the advertising revenue pie that newspapers relied on.

Newspapers managed to survive this onslaught by adapting and evolving their products accordingly. They became far more feature-orientated and the role of the columnist (often with controversial opinions) became vital in driving consumption in many titles. Devices such as competitions and the once-ubiquitous CD giveaway were liberally employed.

The business model, although diminished, remained strong for decades. But, it was then rocked from the late 1990s by the emergence of the internet. A seemingly unlimited amount of information was suddenly available online which could be accessed at any time. It could also be tailored according to the preferences of the individual – and often either comparatively cheaply or completely free. This served to push consumers to digital sources for their news and sites grew exponentially. Many then began to question the future of the newspaper.

History would suggest that newspapers responded to the advent of the internet at best naively. They speedily launched digital versions of their printed products, and many gave away their premium content for free. Of course, many loyal readers quickly realised they could now access content without paying a penny. There was no longer a reason to pay for a printed paper, unless by way of habit or simple dislike of the digital product/concept.

Meanwhile, digital sites have eaten enormously into display revenues. Meanwhile classified sales, once the backbone of newspaper advertising revenues has been hammered by platforms such as eBay and Facebook.

The Economic Crisis of 2007-8 and subsequent tightening of purse strings by many advertisers exacerbated the problem. Print ad revenue tumbled. Online ad revenue, which many publishers believed would replace much of the lost print spend, has fallen well short of expectation. The advent of programmatic advertising and the use of ad blocking software has torpedoed that.

The speed and depth of the decline has been such that many publishers, nationally, regionally and locally, have reacted by cutting product pagination and laying off staff. Many have continued this course of action as the situation has failed to improve. Of course, in some cases this has served to dilute product quality to varying degrees. At worst, it has removed altogether the very content people consumed the title for in the first place.

That was broadly the situation the newspaper industry found itself in at the turn of 2020; the unprecedented impact of COVID-19 has now brought the actual survival of the newspaper into sharp focus. Will the newspaper disappear and become another casualty of this invisible enemy?

The effects of COVID-19 were immediately seen following the commencement of lockdown in late March. National newspaper sales fell by around a third. Thousands of local newsagents were temporarily closed and commuter traffic collapsed. Many loyal readers were unable to buy their paper as they were isolating, or were afraid of the potential of the virus to be carried on the surface of the newspaper. Thankfully this was quickly proven to be an unfounded concern.

Free newspapers were also impacted. The Evening Standard heavily cut its distribution from 800,000 to around 500,000. They quickly replaced the “pick-up” method with an impromptu door-to-door delivery model.

Meanwhile, the City of London-based business free pick-up City AM (circa 90k copies daily) went online-only. Some local free newspapers were speedily mothballed and large numbers of employees in regional publishing organisations (across editorial, advertising and marketing departments) were placed on the Government’s furlough scheme.

Research undertaken in the early months by the Public Interest News Foundation revealed that 75% of independent news providers felt they were at risk of going out of business due to COVID-19.

The effect of the crisis on advertising has been predictably dire. The DMGT group (Daily Mail, The i and Metro) revealed that print advertising revenues decreased by 70% in the early months as COVID bit, and this seems broadly representative of the industry as a whole. Regional newspapers were similarly affected and were badly hit by the cessation of advertising from small local businesses. Many had closed or reduced output. Although numbers improved over the summer months, it is clear that the situation at year end will remain poor. Indeed, Enders Analysis forecasted a 50% year on year fall overall for 2020. In monetary terms, hundreds of millions in lost spend.

Certainly, a very gloomy picture, and the newspaper industry has clearly gone into survival mode. So will the newspaper disappear? Well all is not lost. It is encouraging and notable that at time of writing (early October 2020) there had been no major publisher casualties leading to a large-scale closure of newspapers. The UK’s fourth largest local newspaper publisher Archant did go into administration, but that was part of a deal in which it was bought out by a private equity company which took a 90% stake in the business.

Archant has now tabled a takeover bid for rival major regional publisher JPI Media (home of brands such as The Scotsman and The Yorkshire Post), as has former News of the World editor David Montgomery.

Notably, Montgomery has created a new vehicle called National World specifically set up to pursue media company takeovers. Clearly, there is still an appetite for investment in the newspaper industry. Although the process surely entails further consolidation of existing independent publishers, the mergers should achieve the requisite cost-savings to keep the presses rolling and the titles printed.

The Immediate Future Of The Print Model

Newspaper businesses will no doubt continue to emphasize the importance of their digital brands but the print products will surely continue to play a major part in their strategy. This has been underlined by the performance of online news sources; although they have attracted record audiences, that has not translated to a concurrent rise in revenues.

While there has been increased spending from the Government to promote public health messages, as well as some corporate organisations (notably banks), it has still proved hard to raise major revenues and this has been exacerbated by many advertisers blocking their promotions from appearing with COVID-related stories.

Perhaps, after an arguably somewhat profligate past, lessons in cost-cutting and managing decline over the last 15 or so years have been well learned. These titles are simply more durable than many commentators suspected.

Of course, the continuation of the crisis and the shadow of further lockdowns, with their potential for further straining the newspaper industry, is a deep concern – and it is too early to say how extensively media consumption habits will eventually change due to the crisis. But newspapers still possess unique strengths and for all the chaos, there are opportunities presented by the crisis.

Newspapers still have enormous authority that very few online news sites have been able to build. National titles give the best possible UK-wide news and sports coverage, coupled with myriad quality features, and still have large and widespread national reach. They still are very able to influence opinion enormously. For instance, it was undoubtedly national print media that set the agenda for the Brexit debate.

These strengths are replicated by many regional and local press titles. In addition to the brand reach they possess in the communities they serve, they also have the very best relationships with local readers, businesses, councils, schools and community groups. At this point in time, no other media can precisely replicate what national and local press does. These relationships are still essential and arguably, irreplaceable – certainly in the near future.

Potential changes in society also present opportunities for the more fleet-footed publisher to capitalise upon. Direct office and property costs will be minimised by the massive increase in home-working. This phenomenon had been developing for some years but has accelerated exponentially due to the initial lockdown. It is also further strengthened by recent Government advice to work from home until well into 2021.

When COVID finally passes (or is eradicated via a vaccine), it’s clear a return to the five-day office working week status quo won’t happen. Companies that were resistant to the concept now see the benefits to their bottom line, releasing cash to be invested elsewhere.

COVID is a ground zero situation. In addition to the cost-savings that are presented, the newspaper industry can look to brand-build anew for a much-changed world. As mentioned above, the Evening Standard cut its distribution and migrated to delivering copies via letterbox. It focused on more affluent boroughs and the initiative seems to have been welcomed by those communities. The venture is a success so far.

People being at home at least for part of the working week rather than in the office will mean they are likely to consume more in that setting – be it spending money in a local café (rather than Pret A Manger), or popping into a shop and buying (or picking up) a national and/or local newspaper and taking it home to read. Who knows – there could be a move back towards the mass home delivery of paid newspapers.

There’s surely now more interest in news than ever, and if newspapers adapt to the changes that are already in progress – by being available at the right time, place and price, and telling the stories that people want to read – they could have a future far longer than many commentators have suspected.

So will the newspaper disappear as a result of the crisis? No, we think not.

https://muvemm.com/communication/picture-perfect-the-lie-of-social-media/
https://muvemm.com/marketing/marketing-trends-to-look-out-for-in-2021/
431
Will The Newspaper Disappear? | Muve Media & Marketing
It has been a widespread assumption for many years that the newspaper industry in the UK is in perpetual and perhaps terminal decline. But will the newspaper disappear? Some fear that the crisis now leaves newspapers on their death bed.
Sarah Hughes
https://muvemm.com/wp-content/uploads/2020/10/newspaper-1-4.jpg
"The effects of COVID-19 were immediately seen following the commencement of lockdown in late March. National newspaper sales fell by around a third"
WILL THE NEWSPAPER DISAPPEAR?
50%
50%
category,post_tag,post_format,new_category
Media
future of print
future of the newspaper
newspaper
newspaper decline
Marketing
Services
Strategy
Creation
Delivery
About
Work
Clients
Blog
Write For Us
Guest Posts
Team
Contact
Data Policy