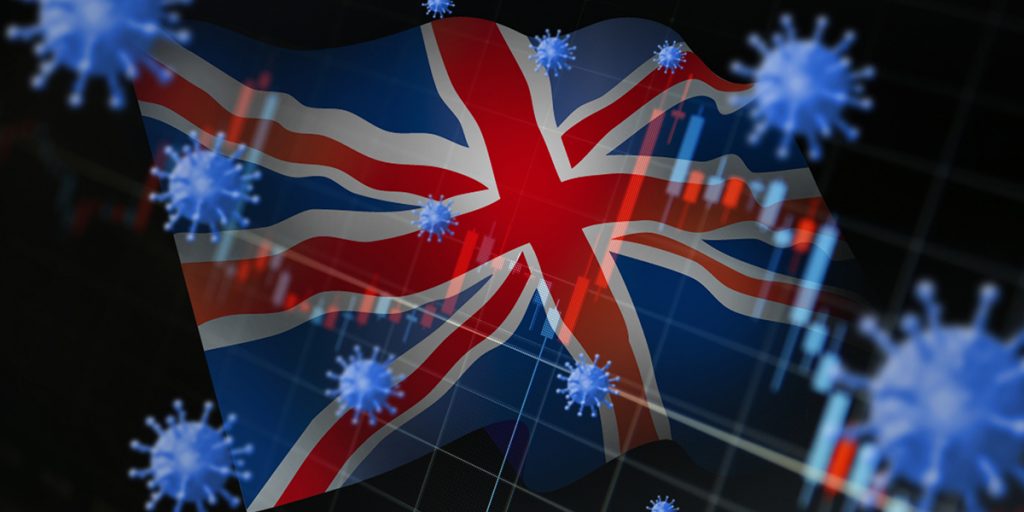 There are always winners and losers in any situation, and here are 5 of the biggest ones of the Covid-19 economy.

No one could doubt 2020 was a calamitous time – a year that inflicted around 100,000 deaths on the country, upending all our lives while ravaging the UK economy. Businesses fell like dominoes or were pushed to the point of collapse as they struggled to weather the storm of stop-start lockdowns coupled with permanent social distancing measures. While some companies have been unable to cope, some have been able to pivot their business to find new ways to survive, and others have unquestionably performed very well during the pandemic.

With entire workforces transplanted from the office to their homes, and with normal social contact all but forbidden, video-conferencing platforms have done exceptionally well as people turned to them for work meetings, home schooling, catch-ups with family and friends, weddings and sadly, funerals. Of these platforms, Zoom, is one of the biggest Covid-19 economy winners. Once a fairly obscure app, has become a household name across the globe.

At the beginning of the crisis, Zoom saw a massive surge in users, averaging 300 million participants daily in April, while revenues and profits skyrocketed – in their fiscal first quarter revenues grew 169% year on year while they made a profit of $27 million compared to $198,000 in the same period in 2019.

Figures for the May to July period were even more spectacular. Perhaps these incredible numbers will be short-lived and will decline after Covid-19 abates and social meetings return, but with indications that many workers will work from home post-Covid plus the technology allowing group family meetings over distance to take place, these platforms are very likely set to remain a big part of our lives.

The pandemic has had an enormous effect on the retail sector, with most stores being forced to shutter their doors when lockdowns have been in place and then having to contend with social distancing limitations when open. Ecommerce, already making heavy inroads into sales numbers of brick and mortar stores, has surged as consumers shifted online to buy non-essential goods such as clothing, electronics, exercise gear, home and garden items, books and games.

Figures released by BRC-KPMG in early 2021 revealed online sales grew by more than a third in 2020. Any retailer with online sales and delivery capability has done well, with e-commerce behemoth Amazon leading the way and perhaps the biggest Covid-19 economy winner of them all. In the April-June period, they reported their largest quarterly revenue ever – $88 billion – with 40% year on year sales growth. CEO Jeff Bezos became the first man worth $200 billion off the back of the performance.

While the majority of brick and mortar retailers have struggled to contend with forced closures and a drop in consumer traffic and spend, this has not been the case for grocery retail. Supermarkets have performed very well, witnessing a major spike from the outset. A report from Kantar published early in the crisis found that UK grocers enjoyed their highest sales ever recorded in March 2020, as the public bulk bought necessities to get through the first lockdown.

Most supermarkets also cranked up their online delivery capabilities with a major employment drive to ensure customers shielding or merely preferring to stay home were served, so large upturns in online shopping have also been seen. Supermarket tills have continued to ring non-stop and projections for the sector estimate growth of 7.1% by the end of 2020.

With cinemas closed and people stuck at home, 2020 was a huge year for streaming platforms as people binged on boxsets and a glut of new content. Research from UK media watchdog Ofcom published in August found that time spent on video on demand streaming platforms doubled in April, while during the April to July period, 12 million people subscribed to a new service. Meanwhile, 3 million people joined a service for the first time. They’re likely to enjoy a stellar 2021 with the virus nowhere near beaten and lockdown restrictions set to remain in force for some time.

Online gambling companies put in a strong performance in 2020 as bored regular punters increased their betting during lockdown and new customers took a punt for the first time. They were also boosted by casino customers unable to visit gambling venues for much of the year, instead going online to play poker, roulette and slot machines. Figures released by the Gambling Commission late last year showed online gambling grew by 8% across 2020. Indeed, such was the growth of the sector that it has led to concerns of the impact it is having on society – the Government is now looking at overhauling gambling laws to limit stakes and prizes and protect the vulnerable gambler.

COVID-19 has led to sweeping restrictions on travel and tourism, and the sector has taken a hammering as a result. Airlines have had a terrible year as passenger traffic crumbled with tens of thousands of flights being cancelled and planes left sitting on the tarmac. British Airways, the UK’s flag carrier, lost £5 billion due to the crisis while Richard Branson was forced to put together a £1.2 billion rescue package to bail out Virgin Atlantic.

Already under severe pressure as online retail bit into footfall numbers and eroded revenues, the pandemic has been ruinous for many high street shops, including long-established household names. Bonmarche, Arcadia Group, Debenhams, Edinburgh Woollen Mill (includes Jaeger and Peacocks), Bensons for Beds, DW Sports and Oasis are just some of the names forced into administration as they were forced to close for long periods of time, turbo-charging what was already a long-term material decline. Shopping centre destinations have taken a fearful beating – Bluewater owner Landsec have incurred huge losses and were forced to devalue their portfolio by £1 billion as a result of the virus.

Entertainment, leisure and performing arts have been hit exceptionally hard. While the video on demand platforms have been able to take advantage of social restrictions, cinemas have had a wretched time. Figures released in early 2021 by Comscore confirmed that 2020 box office sales were down 76% on 2019 while revenues tumbled by nearly £1 billion as movie studios postponed releases for a year and people were forced to or elected to stay away.

The UK music industry has been decimated as concerts, gigs and festivals have been cancelled or moved to virtual formats. UK Music have estimated that 85% of expected 2020 revenues have been lost, around £3 billion in real terms. Live sports ceased for weeks during the first lockdown and have been thrown into disarray since with spectators forbidden from attending. Deloitte reported last June that football’s Premier League could lose revenues of around £1 billion as a result of the virus.

The hospitality industry has been one of the hardest hit sectors. Many of the UKs restaurants, pubs and hotels have had to go into deep freeze during the crisis and it seems likely that many of them will never be revived.  A January 2021 report published by the House of Commons Library notes the rapid chilling effect the virus had on the sector, with economic output dropping a whopping 92% in April 2020 compared to the preceding February. By December only 59% of hospitality businesses were trading.

Research points to 30,000 job losses in the restaurant trade already and there will likely be more to come when the Governmental furlough scheme finally comes to an end. Many outlets kept their heads above water thanks only to the Government-sponsored “Eat Out To Help Out” scheme that ran over the summer. The pub end of the industry also fared terribly, with the Government firmly viewing them as a vector for transmission, so even as lockdowns were eased, they had to contend with limited customer numbers, table service and a strict 10 pm curfew.

Estimates from the British Beer and Pub Association suggest that a quarter of the UK’s 40,000 pubs may close forever and they also expected revenue from the key December trading period to be down around 90% on 2019.  It is clear for our restaurants and pubs, these are bleak times indeed and it is now a matter of waiting to see who is left standing after the pandemic finally abates.

Launching a business from lockdown

A media career during COVID

E-commerce startups and SMEs: How to keep on the right side of the law

Returning To Work After Lockdown?