Spotting The Signs Of Sepsis In Children And Babies: A Parent’s Account 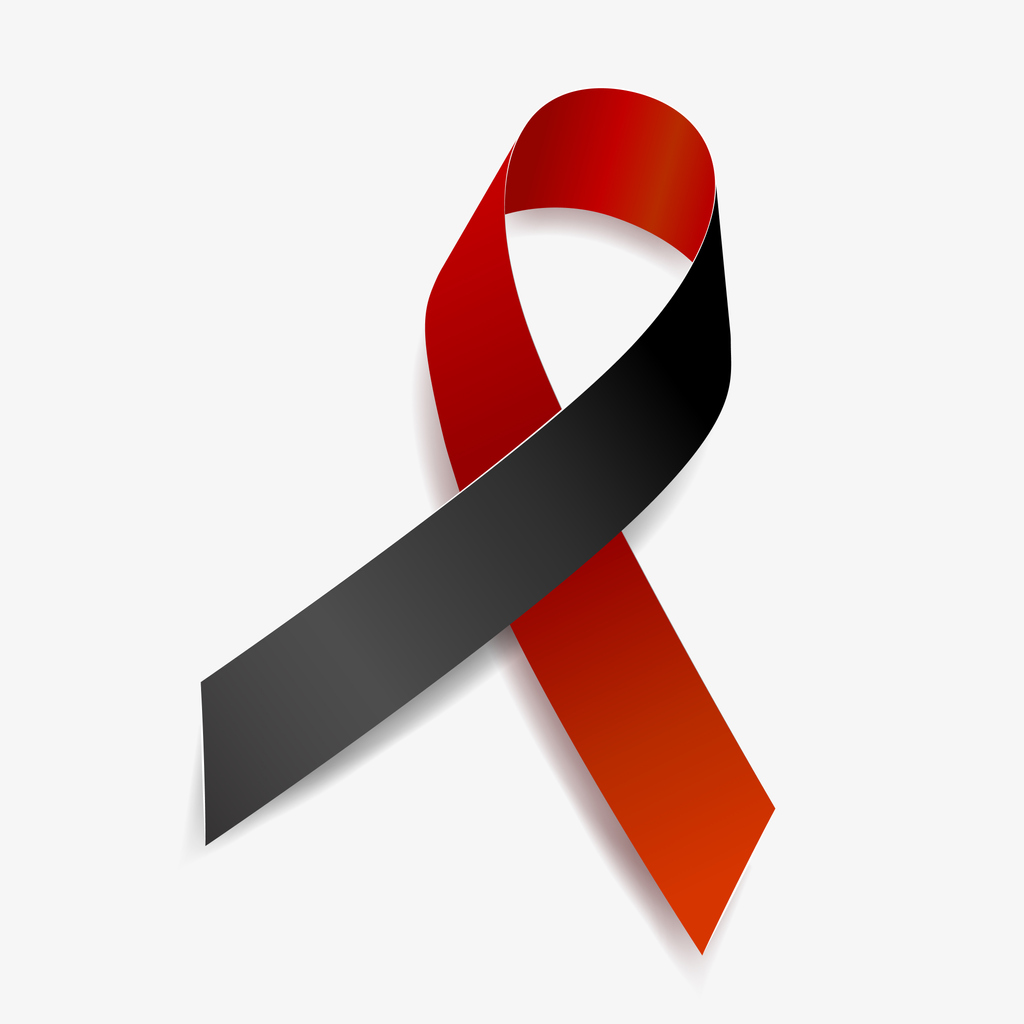 It’s not easy to spot the signs of sepsis in children and babies. The symptoms are so often found in everyday childhood illnesses that it’s hard for parents and doctors alike to miss the warning signs. At 10 months old, my son Alex developed a viral infection that led to sepsis. It wasn’t picked up and he went into septic shock. I’m sharing our story in the hope that people can spot the early signals, question harder and avoid the heartbreak we went through when we nearly lost him.

I’d like to start by saying that this is a positive story. Alex today, is alive and well, thanks to the professional care and speed at which the A&E team at our local hospital acted on the night he went into septic shock and in the days after. He also didn’t have all the symptoms you might expect or read about with sepsis. So, my biggest takeaway for parents or anyone with a loved one who has an infection and is not getting better is to “Think Sepsis” and when you see a doctor, ask them too – “could it be sepsis?”

When we get an infection, our immune system fights it off. Sepsis occurs when the immune system goes into overdrive and starts attacking the body’s own organs and tissues. It’s a medical emergency and needs treatment fast as otherwise, sepsis can progress to septic shock. Your blood pressure drops dangerously, and your bodily systems start to shut down. Your lungs, liver, and kidneys can fail as a result. Without immediate treatment, it can cause huge damage to your organs or even death.

What are the signs of sepsis in children & babies?

It can be really hard to identify sepsis as many of its signs are also common in routine childhood illnesses.

Having one of the signs below doesn’t mean a child has sepsis. But when a few of these things happen together then sepsis is a possibility.

Could it be sepsis?

The most concerning symptom Alex had was a temperature that didn’t go down with medication and shivering. He was still urinating, but combined with sickness and quite severe diarrhoea he dehydrated quickly. He didn’t have a rash, was not sweaty or cold, didn’t have trouble breathing, was not crying and was still alert right up until he started deteriorating very quickly. Thankfully he was already in hospital at that point. But I often question myself –  what if I had just been more persistent with the doctor Alex saw the night before? What if I had questioned harder or even just asked “could it be sepsis?” – could it all have been avoided?

I’ll never know the answer to the question that haunts me most days. So, I’ll simply say to you to trust your instincts – if your child seems sicker than usual, isn’t getting better or something just doesn’t seem right then act on it. If a doctor diagnoses something that doesn’t seem right – question it. Always ask both yourself and any health professional you see “could it be sepsis?” – just put it on their radar.

Alex was born at the height of the pandemic and in the first lockdown in May 2020. For the first 10 months of his life, he was in very little contact with others outside my immediate family. This worried me, he had barely had a cold let alone any of the usual babyhood illnesses that build up their immune system in the first year of life.

We decided to put him into a nursery for a couple of days a week when I returned full-time to work so he could socialise with other babies and children.

I was prepared for the usual coughs and colds but not what was to come.. After his first week there, he fell ill and developed croup over the weekend.

By the following Wednesday, he hadn’t started improving, he had a high temperature, just wanted to sit on our laps and had gone off his food. Nothing overly concerning given it was the first time he had been ill and was still alert and drinking well. But that night he started vomiting so I took him to the hospital in the early hours as I was concerned about dehydration.

Sepsis still hadn’t crossed my mind at this point. I was very aware of what sepsis was – my husband developed sepsis after an operation to fix a collapsed lung back in 2012 so I knew how dangerous it was but bacterial infections are the most common cause of sepsis, viral infections leading to sepsis are rarer so I was still thinking he was poorly because it was the first time he had been ill. His temperature was over 40 so he was given some paracetamol while we waited to see the doctor. Unfortunately at this point he was given a misdiagnosis of pharyngitis – a sore throat – and was discharged with antibiotics despite his high temperature upon admittance.

By the following morning, the diarrhoea had got worse and his temperature just wasn’t going down – even with paracetamol and ibuprofen – it was still too high.

We were about to take him in again when I received a call from the a&e sister. A night nurse from when I had taken Alex in the night before had phoned me in the morning but I hadn’t received the voicemail – he should not have been discharged with his temperature too high. She had passed on her concerns to the sister and she phoned me to see how he was. She asked me a few questions about Alex’s condition and concurred that we should bring him back in straight away. My husband Rhys took him this time as only one parent was allowed to accompany infants/children.

It went downhill quite quickly from there. But luckily, he was in the hospital already when things took a turn for the worse.

The worst night of our lives

The hours that followed were quite simply the worst of my life. I spent around 3 hours waiting at home for news – every second that passed felt like an hour. Rhys kept in contact as he knew how worried I was, but the next call was horrendous. The nurses had advised Rhys to get me to come to the hospital – I was starting to suspect sepsis by now – despite him not having all the signs of sepsis in children and not having had an official diagnosis from anyone at that point either. But I knew it was bad. There is only one reason during the middle of the pandemic why the other parent is called in – they were extremely concerned for his wellbeing and wanted both parents there.

By the time my parents had come to look after my eldest son and I had arrived at the hospital, Alex was in a very bad way. His body had started to shut down. His veins had collapsed so they couldn’t get fluids and high-strength antibiotics into him. They had to give an IO (Intraosseous infusion) as a last resort. This process essentially saved his life. If it wasn’t for the fast-acting team of doctors and nurses around him, I would be telling a very different story.

An IO is the process of injecting medications, fluids, or blood products directly into the marrow of a bone. It provides a non-collapsible entry point to the venous system. It is used when people have compromised intravenous access and need immediate delivery of life-saving fluids and medications. They had to drill into the shin of his leg to be able to do this. I wasn’t there when they did it and they asked Rhys to leave the room because of how traumatic it was. Despite hating the fact that I wasn’t there while my baby boy endured this procedure, in hindsight, it was perhaps a good thing as I’m pretty sure it would have broken me.

The next hour was touch and go. His oxygen levels had deteriorated to a critical level. We were surrounded by a huge team of doctors, nurses and paramedics that were preparing to put him under and take him to the Evelina Hospital in London.

There are two things that stay with me from this horrendous hour. The first is Rhys and I looking at each other – I could see my fear reflected in his eyes – we were petrified this was it – we were going to lose our baby boy. The second was about 45 minutes later. Alex was still conscious, still holding my hand and still putting up the fight of his life. His oxygen levels started to creep up, excruciatingly slowly but consistently going in the right direction. Enough at least for the doctors to hold off intubating him.

At around 5am the next morning he was deemed stable enough to move to a children’s ward. He spent the next 3 days battling the infection, with an intravenous drip that had to go into a vein in his head. That was the only vein that hadn’t been bruised in the process of trying to get a cannula into him the night before. He had an oxygen monitor attached to make sure it didn’t drop to a dangerous level again. He received round-the-clock monitoring. His arms and legs were covered in bruises where the medical team had frantically tried to get an IV into whatever vein they could.

I didn’t let him go. They moved the hospital cot out of his room and moved a hospital bed in and he stayed on me the whole time. I couldn’t bear to have him anywhere else.

By the Sunday, 4 days after he went into septic shock, he bounced back. His temperature dropped to normal levels and stayed down without medication. He started drinking from his bottle again and he started eating tidbits of food again. He was discharged that evening and allowed home under ambulatory care for the next week.

Coping with the aftermath

Alex thankfully experienced no long-term damage after going into septic shock. He is a happy-go-lucky toddler full of play and mischief and love.

I was supported by a fabulous nurse from the UK Sepsis Trust who helped me navigate the post-sepsis trauma and anxiety I was contending with in the weeks after. We will continue to donate to this charity which works so hard to raise awareness of the dangers of sepsis and who provides vital support to those affected by it. For more information on the work they do please visit their website: https://sepsistrust.org/

It still has a huge impact on our lives. Seeing your child nearly die changes you fundamentally. Every time he gets ill, I feel a sense of panic that I’m not sure will ever go away. In the first year or so after I tried to block the pain by trying not to think about that night and the days after. But as with any trauma or mental health issues, bottling things up is rarely the answer.

Writing this article has been hard, reliving it again has been hard – but also cathartic. I intend to use my experience of sepsis and turn it into something more positive – by talking about it and raising awareness of the dangers of sepsis and how important it is to recognise the early signs of sepsis in children and babies and encourage parents to “Think Sepsis” and to always ask “could it be sepsis?”

If you’ve gone through a similar experience and would like to talk or share your own story my number and email is always open:

Coping With Miscarriage: Break The Silence

The Stigma Around Men’s Mental Health