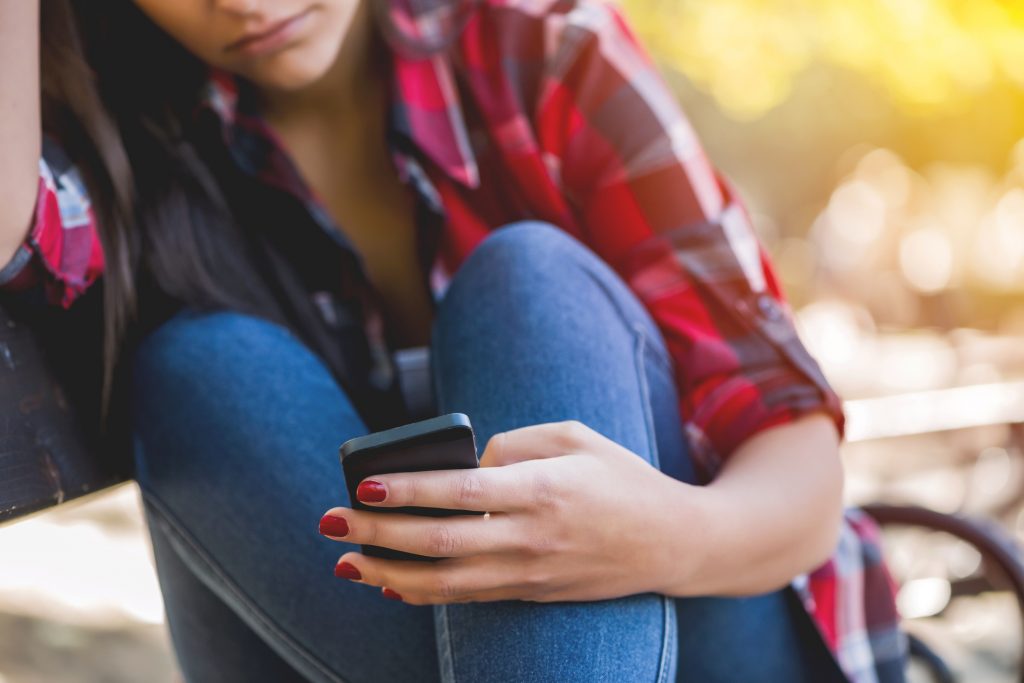 The lie of social media. Someone once said to me that you only hang your best pictures on the wall in your house and that it should be the same with your social media channels – you put your best ones up.

A wall picture stays up for years and is rarely changed – they are private snippets of our favourite moments in time that only our loved ones will see. They do not reflect our everyday lives, nor do they influence anyone outside of our own four walls – either positively or negatively.

Of course, we are all guilty of presenting a skewed version of our lives and how we look on social media at some point – whether that be editing and filtering a picture or video, so it looks “prettier” – or by taking a gazillion photos to capture that one “perfect” moment to present to the world. Never mind that it means millions of us are experiencing life through a lens (or perhaps more aptly, our phones) rather than relishing those moments for what they are.

But what drives this behaviour to present ourselves in a different light online? Why are we so keen to move away from what’s real? To make ourselves look better, thinner, stronger, fitter… To erase the lines, the bags, the bingo wings.. Showing only the happy moments and none of the things that are the fabric of who we really are and that represent the reality of the life we live… Why is people’s perception of who we are more important than who we actually are?

Is it the instant gratification? The approval and attention? Or is it a basic social instinct and we do it because it’s simply what everyone else is doing it? Is it because it makes us happy seeing perfect pictures on our feed? Or is it, more likely, the influence of celebrity, the media and the brands we engage and buy with all the time on social media?

The rise of the influencer

When I was growing up in the 90’s you had to hot foot it to the newsagents once a week for the latest celeb gossip and pictures. Now the pictures of perfect celebs and “influencers” available online are endless – it’s no wonder we have all become fixated on how we are seen – when we are subjected to these endless images of perfect bodies and perfect lives every time we open our feeds.

In particular, the meteoric rise of the online “wellness” industry has a lot to answer for, having launched a whole new industry of influential fitness celebrities on social media. Many have positively influenced the millions of followers who embrace their diet and exercise regimens. But sadly, there are also many who use their clean eating and #fitspiration messages as cover for essentially promoted dieting, restraint and fat and weight stigmatisation to an audience that trust what they say and who’s behaviour and actions are then influenced accordingly.

Many brands have taken advantage of this through influencer marketing, piggybacking on the trust of influencers to drive awareness and sales of their product via paid for endorsements and product mentions. Kim Kardashian making an extravagant amount of money to promote an appetite supressing lollipop on her Instagram page is probably one of the most famous examples of a toxic influencer marketing campaign. Thankfully, she received huge backlash and the company had their social media adverts banned in the UK, but not before it would have undoubtedly driven a huge number of sales from the stars fanbase and done nothing for the body positivity of many of them.

Increasingly though, what people want to see from influencers and from brands is authenticity, honesty and transparency.

They want the real story, and that’s thankfully what smart brands are delivering.

Take Olay’s #Faceanything movement – An Instagram campaign centred on a handful of female influencers to encourage women to be “unapologetically” themselves and to disregard all comments that they were “too much” of a particular quality. To believe that being your true self is the most powerful thing you can be. This campaign achieved an Instagram engagement rate higher than 8% – double the average brand engagement rate of 4.3%, highlighting the appetite for campaigns and content that is real, raw and relatable.

There is also a move in corners of the influencer marketplace towards content that isn’t quite so shiny and perfect. Particularly with the challenges that COVID-19 has presented to all of us across the globe, the way we live, work and consume has changed and sentiment is shifting away from the outlandish and too perfect lifestyles of big influencers, and the new normal is bringing chaotic and imperfect influencers to the forefront. And it’s not surprising that people love them, after all, life certainly isn’t perfect for any of us, particularly right now, so why shouldn’t our social media feeds reflect that?

Check out the Instagram pages Eff Your Beauty Standards, who since launching in 2013 has changed the game for #BoPo by sharing inspiring images of diverse people across all cultures including disabled bodies, plus-size bodies and bodies that are scarred from diseases.

A Time magazine article back in 2016 described social media as a “toxic mirror” and focused on how visual social media platforms like Facebook, Instagram and Snapchat are delivering the tools that allow teens to earn approval for their appearance and compare themselves to others. Roll on 2020 and you can now add TikTok to the list of platforms that could potentially harm one’s self esteem and self-worth, particularly impressionable and vulnerable adolescents.

Thankfully there are plenty of brands out there that are leading the way in helping to tackle issues around body positivity and the mental health of our young population.

Sport England: ‘This Girl Can’

After conducting a study that revealed UK women were exercising less because they were ashamed of their bodies, they launched a campaign to address the issue. Sadly, one in four women had said they ‘hate the way I look when I exercise or play sport’, so the campaign included women of all ages, shapes and sizes. It worked – an amazing 1.6m women started exercising as a direct result of the campaign.

A trailblazer in the movement for body positivity, their “real beauty’ campaign launched back in 2005 after discovering that only 2% of women worldwide would describe how they look a beautiful and 9 out of 10 women wanted to change at least one thing about themselves. The campaign broke down barriers and shattered how ‘beautiful’ should be perceived and is perhaps one of the most important campaigns in terms of breaking traditional beauty standards. In 2020, the brand put a new face on the movement with it’s “Courage Is Beautiful” campaign, showing faces of healthcare workers marked by the protective gear they’ve been wearing during the coronavirus crisis.

You don’t often see plus see models in the fitness industry. Nike aimed to turn that on its head with the launch of the Nike plus size women’s collection with a range of styles from classic black to colourful prints to make sure that plus size women can work out in fashionable, well cut work out gear.

Swimwear has always been traditional marketed using thin, bronzed models airbrushed to within an inch of their lives, but Adidas is breaking the mold with the launch of a body positive swimwear campaign in 2020 fronted by presenter Maya Jama. The campaign messaging is about embracing yourself, your abilities and your right to enjoy summer and swimming. About empowerment and letting go of the idea of having to constantly be beautiful or having a certain body type.

After decades of advertising telling us that we need to change our bodies (and our life) to achieve happiness, it’s a breath of fresh air to see brands, campaigns, celebrities and influencers starting to challenge the status quo and address the negative impact of this ideology.

It’s time to dump the pretence. Let’s leave the fairy tale and the lies behind and show and celebrate ourselves for what we really are, in all its imperfect glory.

30 ways to switch off at night

A new era of flexible working

https://muvemm.com/marketing/11-email-marketing-tips-for-beginners/
https://muvemm.com/media/will-the-newspaper-disappear/
431
Picture perfect? The lie of social media | Muve Media & Marketing
Many of us present sanitised or idealised versions of our lives on social media – but why?
Sarah Hughes
https://muvemm.com/wp-content/uploads/2020/06/Thelieofdocialmedia-4.png
"Is it the instant gratification? The approval and attention? Or is it a basic social instinct and we do it because it’s simply what everyone else is doing it?"
PICTURE PERFECT? THE LIE OF SOCIAL MEDIA
50%
50%
category,post_tag,post_format,new_category
Communication
Marketing
Services
Strategy
Creation
Delivery
About
Work
Clients
Blog
Write For Us
Guest Posts
Team
Contact
Data Policy